Dead zones and bad cell reception. It can happen almost anywhere.  Public schools are no different. But why do schools have bad cell reception? Could there be a specific reason?Some people suspect there is one thing to blame—cell phone jammers.

A cell phone jammer is just what it sounds like. A device designed to block cell phone signal transmission or disrupt cell reception. They work by creating interference within the frequency range used by cell phones—disrupting communication between phone users and the cell tower.

But why would people assume that cell phone jammers are any more prevalent and in use at a public school as opposed to any other government facility? Or even a private business?

Maybe because a cell phone jammer was once discovered in use to block cell signal at a school.

Cell Phone Jammer at a School in Florida

Back in 2015, a school district in Pasco County, Florida enacted a policy to order its students to keep their cell phones and mobile devices switched off during class. When this policy change had little to no effect on the student behavior at the school, one teacher decided to take action.

Tired of watching his classroom obsess over their smartphones instead of his lesson, science teacher Dean Liptak used a cell phone jammer to put an end to it. 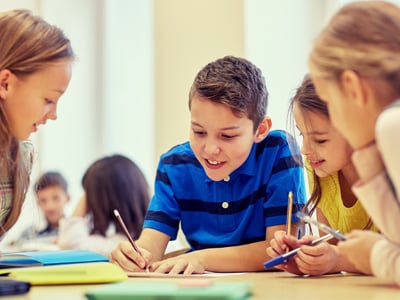 According to the Tampa Bay Times, Liptak activated the signal jammer over a three-day period from March 31 to April 2. At first, the teacher’s strategy seemed to work. That is, until Verizon showed up to complain that someone at Fivay High School was messing with its network.

After identifying Liptak as the cause of its network problem, Verizon suggested that cell signal outside of the school was being disrupted by his cell phone jamming efforts. Liptak maintains that he only meant to fix the problem of distracted students, not cause problems for the school.

The school district thought otherwise. In a letter by superintendent Kurt Browning, Liptak was informed of his five-day suspension, pointing out to the teacher, “Not only did your actions potentially violate federal laws, you posed a serious risk to critical safety communications as well as the possibility of preventing others from making 9-1-1 calls.”

The Use of Cell Phone Jammers is Actually Illegal

Despite the presence of many websites actively selling “cell jammers” or “signal blockers” to disrupt cellular communications and create impromptu “quiet zones” in cars, schools, theaters, restaurants, and other places, the use of these devices is indeed a violation of federal law.

In fact, not only is it illegal for consumers to use cell phone jammers within the United States, it is actually unlawful for retailers to sell them for consumer use in the first place. Visit the official website of the Federal Communications Commission (FCC) and their policy is abundantly clear:

“We remind and warn consumers that it is a violation of federal law to use a cell jammer or similar devices that intentionally block, jam, or interfere with authorized radio communications such as cell phones, police radar, GPS, and Wi-Fi.”

Outside of the occasional isolated incident, such as the rogue Florida science teacher taking matters into his own hands, there doesn’t appear to be grand conspiracy of schools using cell jammers to prevent students from calling or texting in class. If anything, it’s actually in the best interest of school officials to maintain cellular communications for safety and liability reasons.

So, if jammers aren’t the cause behind most incidents of bad cell phone reception in the classroom, why do schools have bad cell reception? And what can be done to get signal in a school?

The Cause of Bad Cell Signal in a School

When it comes to weak cell signal, students and teachers are not alone. This year, most of the nation’s 273.8 million mobile phone users will experience poor cell connectivity at some point.

However, schools may be more susceptible to bad or unreliable cell signal than other buildings.

According to a report by the Center for Green Schools, 2,000 K–12 schools are LEED-certified as of December 2017. An important milestone, particularly for the adoption of on-site renewable energy and the use of low-emitting materials to save tax dollars and improve efficiencies.

The downside? The energy efficient windows, foam-injected insulation, and metal construction found in many LEED-certified school buildings are also highly effective at blocking incoming cell signal. For schools being built in new neighborhoods or rural locations, the distance from the nearest cell tower (not to mention natural and manmade barriers) may also affect signal in the building.

How to Get Signal In a School

Commercial-grade cell signal amplifiers or boosters, like those offered by WilsonPro, offer an ideal solution for enhancing signal reception and wireless communication in a school building.

Unlike highly expensive and time-consuming active DAS solutions, a WilsonPro system doesn’t require creating a base station or mini-cell tower for your school. Nor does it require approval from the FCC and the major mobile carriers. Instead, WilsonPro uses its innovative, patented technology to boost the existing outside signal throughout your building or campus.

WilsonPro technology is FCC-approved and is compatible with all major U.S. carriers and mobile networks—including AT&T, Sprint, Verizon, T-Mobile, and more. This means the benefits of the school’s enhanced signal can be enjoyed by students, teachers, staff, and visitors alike.

From an initial site survey and expert design assistance to our fast, cost-effective installation services and nationwide installer network, WilsonPro is the ideal commercial-grade solution provider to help a school or district overcome its cell signal challenges from start to finish. Contact us below to learn more.