> Blog  > Would the Oscars Be as Glamorous without Award-Winning Cell Service?
Share

Would the Oscars Be as Glamorous without Award-Winning Cell Service?

For the last decade, cell phones have been the de rigueur fashion accessory at every major Hollywood event. It’s commonplace to see stars strolling down the red carpet with their phone in hand, taking selfies along they way so they can Snapchat, Instagram, Tweet and Facebook as they hobnob with their celebrity pals.

The 2017 Academy Awards on February 26th will no doubt keep the accessory alive.  As soon as the show breaks to commercial, groups of celebs will be seen hugging and mugging for selfies and uploading them to social media with hashtags like  #Oscars, #AcademyAwards and #redcarpet.  Possibly, trying to compete with this 2014 star-studded group selfie, orchestrated by Ellen DeGeneres

Ellen’s selfie went viral after she Tweeted it out. In fact, it was ReTweeted over 3 million times, more than any other photo in history. The image was later named one of Time Magazine’s Top 100 Photos of the Year.

What if her Tweet hadn’t gone through? What if her cell phone service had stopped in the middle of uploading it to Twitter?  History would not have been made. 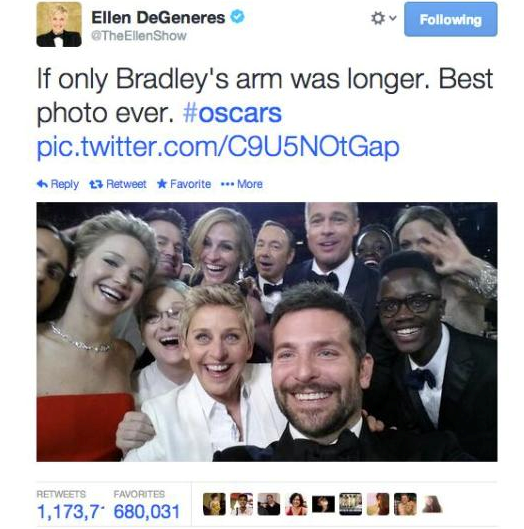 This increase in cell phone use for picture taking and social media sharing has transformed media coverage of major events, transporting the average person from their living room into the hotel rooms and VIP Parties of the Hollywood elite. You no longer have to wait until the next morning to see all of the best-dressed photos and videos in the major news outlets.  The cell phone has empowered everyone, from A-list celebs to the everyday person, with their own media creation and publishing capabilities.

Capturing and sharing images through social media, as they happen, is essential to the branding efforts of designers. Designers get into bidding wars to dress the A-Listers on Hollywood’s biggest night of the year and scramble to share the looks live from the red carpet.

Thousands of non-celebs also line up along Hollywood Boulevard outside of the Dolby Theater, cell phone in hand, with the hopes of capturing a few star-studded selfies. 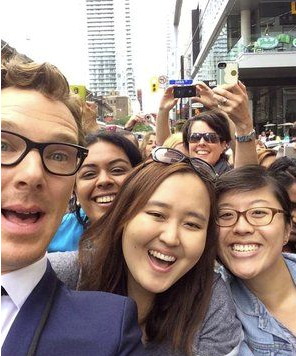 Many celebrities use the insta-sharing of personal cell phone pics at events to boost their own following numbers and cool factor, particularly if they get a selfie with an even bigger star. 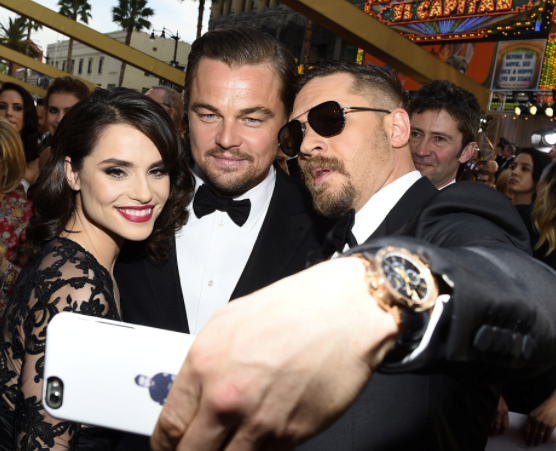 The opportunity for sharing makes the cell phone a very powerful tool for brands and stars. It enables them to build even stronger relationships with their fan base and tap into the wallets of their mobile audiences.

The cell phone is no longer just a mode of communication or transmitter of information and data. The intimacy of the instrument and its ability to deliver life experiences in the palm of our hands also bridges the gap between worlds.

Social media has become just as important to watch as the Academy Award show itself. Many people monitor social channels like Twitter and Instagram while watching the Academy Awards, to get a real-time insider’s viewpoint.  After all, seeing professional photos pop up by People Magazine is great, but seeing Emma Stone and Ryan Gosling taking a selfie sipping champagne is even better.

Cell-phone service at major events like the Academy Awards and New York Fashion Week produces a whole other dimension of media to consume that complements the highly-produced big budget event. In fact, cell phones are becoming such a major power player in Hollywood, entire movies are being shot on mobile devices.

Just think, without strong cell signals, that famous celeb selfie of ‘14 might not have broken more records than the box office that year.